bonjour, everyone! i’ve been away on spring break for the last week, and now i’m back and ready to share some pictures. 🙂 my family & i, along with some family friends, went to france & then italy for a day, and let me tell you, it was aMaZiNg. i have a ton of pictures, so buckle your seatbelt & prepare to be transported to the land of baguettes!

day one: this was thee day we landed. as soon as we got to the hotel, i changed out of my sweats from the flight into an actual outfit (complete with ripped tights because i’m clumsy & have no idea how they ripped!) then we went in search of food. being vegetarian in a country like france really narrows down the choices for food, so we ended up having italian food basically every day, which wasn’t a problem for me, because i looooove pasta. 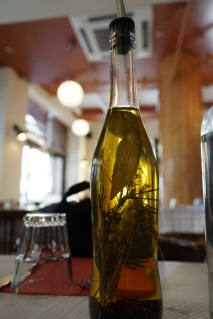 we then went down to the beach (my shoes got soaked) and took some photos there. 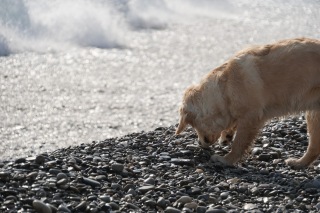 idk whose dog this is, but it’s frickin adorable. i took a lot of photos of random dogs….

ft. my brother^^ we don’t actually like each other thaaat much, we’re just posing. XD

probably the best part of the day: gelato! i got stracciatella (i spelled this without looking at google, convinced myself it was wrong because wordpress underlined it, googled it, and found it it was right all along.)

THANK YOU FOR THIS PICTURE, MOMMMMMMMMM

this is called promenade. this photo was taken by my dad, but still so. prettyyyyyyyy.

day 2: woke up and had part of a fresh baguette for breakfast. it was so good!! to be honest the bread is probably what i miss most about france. today we went on a day trip to monaco & stopped in a couple other cities.

pretty tower near our hotel^^

we went to a perfume factory! it was super cool, and these lil’ duckies are adorable.

i loved seeing these open markets, it’s so different from a grocery store. 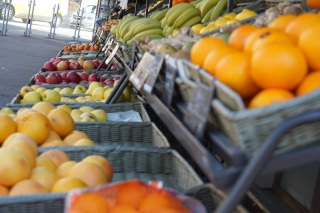 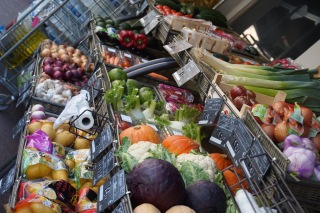 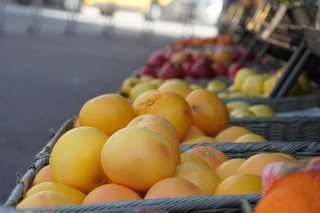 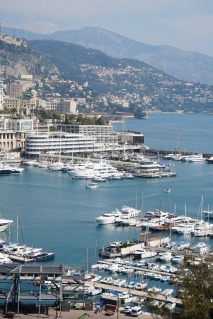 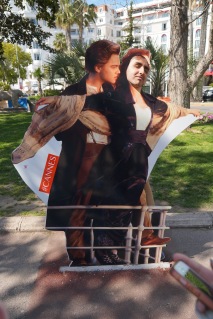 presenting the best photo taken on this trip: my brother as rose from titanic. 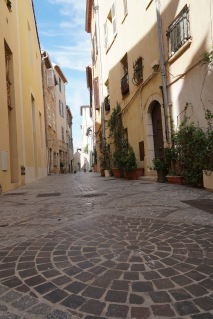 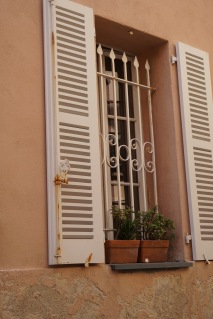 these artsy doors were everywhere!!

day 3: we went on a 4-hour e-bike tour of nice! my favorite thing i did was riding downhill on the fastest bike setting. almost crashed a few times, but hey, it was worth it. with 16 people (we had a BIG group) all biking together, you can expect a couple accidents…

i don’t have any photos of me biking, because, hello, dangerous! but here are some pictures from a really scenic place we stopped at: 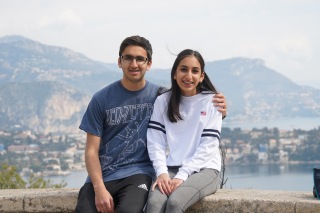 after the tour, we had a picnic lunch of pasta & really good bread. the pasta even had little bike-shaped noodles, which was an adorable touch. 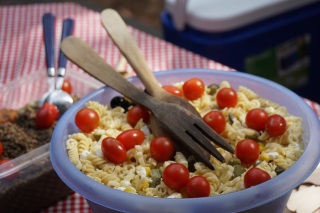 we also went to a candy factory! it was a really cool experience, and i got some pretty sweet (i’m sorry) stuff like rose jam & chocolate bars with flower bits in them. we also celebrated a friend’s birthday with a really tasty tropeziénne cake. let it be known that in our friend group, no one’s birthday is complete without everyone putting gobs of frosting on their face. 😛

we visited a beautiful cathedral in the evening, and these bunnies were outside:

day 4: we spent some time in the morning taking pictures in a park.

we shopped for a bit, then ate lunch and some pastries. i had a madeleine, which was unexpectedly lemony, but so soft and yummy. after that, we visited the promenade (see day one) to take pictures in the water, which i refused to do. a lot of people were crouching down to take photos, and while the fountains looked pretty cool from that angle, i couldn’t figure out why so many photographers were doing that. then i realized you could see the reflection of some buildings & trees in the water, which looks breathtakingly beautiful! 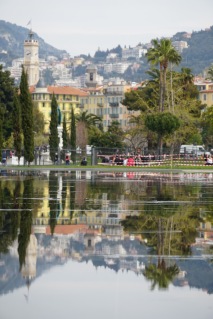 while we were there, a really nice woman let us per her dog, a little yorkie. it got my whiite shirt all dirty from its paws, but it was so sweeeet and tinyyyy and cuddlyyyy asdfghjkl!!

we found a guy who was doing some amazing art with spray paint, so we watched him work. you’d think paintings like his would take a long time, but he was actually incredibly fast! i bought the painting i saw him make. that’ll be for another post, though. after that, we relaxed by the beach & got gelato. we went back to the city we went to on day 2 in the evening to take some photos.

day 5: we had planned to go to venice for a day, but kept going back and forth as to whether we should or not, since it would be raining. we decided to go anyway, and it was one of the highlights of the whole trip! we took a speedboat & had some amazing pasta for lunch. sadly, we didn’t go on any gondola rides because of the rain. our hotel room was the cutest, it’s kind of a shame we only stayed one day.

i kept teasing my friend and calling her georgie because she was wearing a yellow raincoat, like the kid from IT. the fact that it was raining made it even funnier. XD we saw the bridge of sighs & and the realto bridge, both of which were amazing spots to take pictures! my brother & i also recreated this picture from the last time we went to venice: (ughhhh., both blogger & wordpress are being salty. i’ll upload the pic later, i promise)

we stayed out super late that night, but gahhh it was worth it. oh, and my friend and i got matching olive green sweatshirts that said ‘university of venice’ on them as our souvenir. it’s a long story, but it’s kinda our “tradition” to get university sweatshirts on vaca.

if we look like we’re in extreme pain, that’s because we were. the sun was going directly in our eyes. 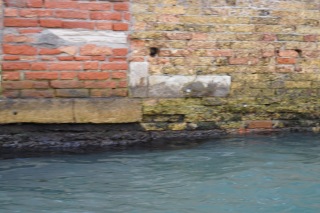 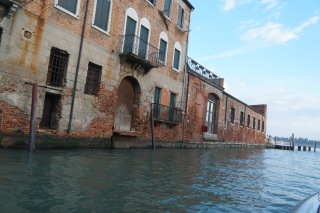 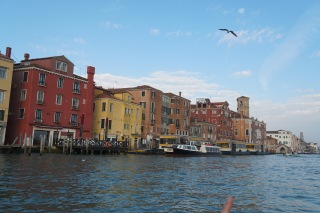 here’s some shots from the speedboat! the one just above this is my favorite. i stood outside for half of the ride, taking pictures, but soon i got cold and went back in. 😛

we took a plane back to france, and we had REALLY GOOD thai food for lunch. i got pad thai for the first time, and i loved it so much i forgot to take a photo of it. (question of the day: how do you pronounce thai? like ‘tie’, or like “THai”?)

i saw this adorable chair & table set outside a jewelry shop, and instantly knew i had to take a photo there. so i went with my ice cream, and here is the result:

the shop owner was staring at me and saying something in french that i couldn’t understand.

i also dropped my ice cream when i was walking back to where my parents were sitting! miraculously, i caught it and didn’t have to get a new one.

we went souvenir shopping for the boys in the group. they wanted some really specific hat, and they were being really annoying and picky about the ones that were in shops. we also went to the flower market, where i proceeded to take pictures of every bouquet i saw: 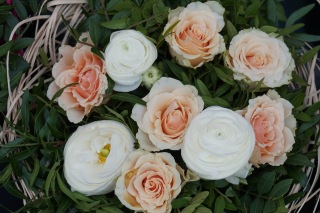 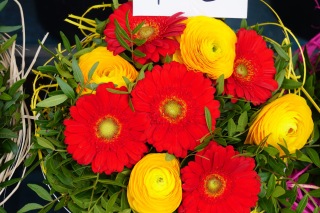 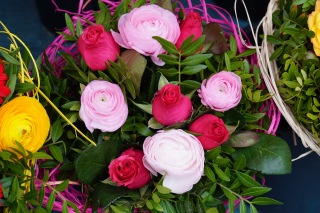 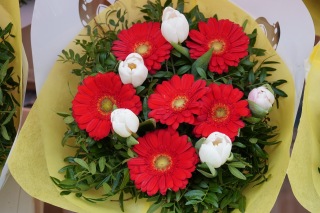 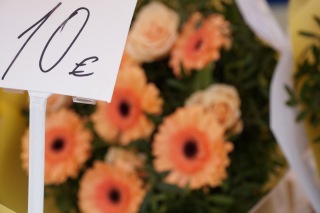 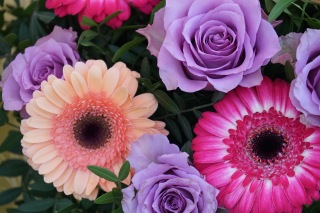 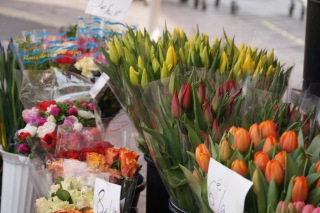 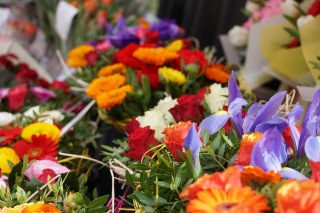 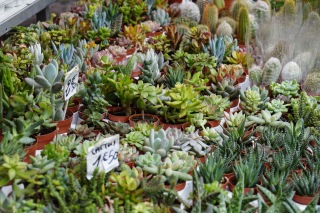 that night, all the kids played a card game called mao. it’s the most frustrating & hilarious game ever. 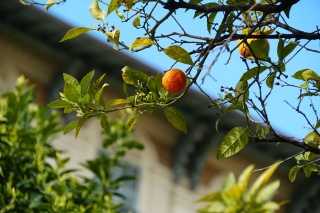 we checked out an art museum in the morning. on the way there, we saw tons of orange trees and this sculpture. so what did i do? i made a meme out of it, of course!

when you can’t think outside the box :///

the museum was really interesting and unique, and had some great pieces. we then visited an extremely beautiful monastery. my dad took these photos of me there, and i love how they turned out:

we went to the beach for the last time! another nice dog owner let us pet his doggo. we ended up playing with it for half an hour. he was such a good boy 🙂

i had such a fun time in france! i miss it, but i’m also happy to be back.  a huge thank you to my dad for planning this amazing trip! 🙂